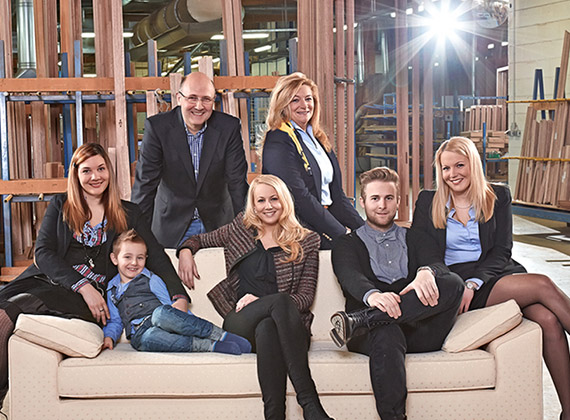 Craft
Made in Luxembourg

If there is one thing we are proud of, it is our Luxembourg origins: for over 50 years, we have been manufacturing products here as a family business with traditional craftsmanship, according to individual customer specifications and meeting the highest service standards. That is why we were awarded the "MADE IN LUXEMBOURG" label over 20 years ago and are still allowed to use it today.

How it all began

It all started more than 50 years ago in a small carpenter's workshop in Grevenmacher with Marcel Weber, the founder of OST Fenster. In 1985, Romain Hilger - former director of OST - started in the company as managing director, at that time with 12 employees. About 3 years later, he and his wife bought the carpentry workshop from Mr. Weber and founded OST Fenster S.à r.l..

Continuous development with the corresponding investments is a must for the existence of the company and the safeguarding of jobs. This includes the handover to the next generation in the family dynasty, which took place in 2019.

It all started over 50 years ago in a small carpentry workshop in Grevenmacher with Marcel Weber, the founder of OST-Fenster. In 1985, Romain Hilger – former director of OST – started in the company as managing director, at that time with 12 employees.

About 3 years later, he and his wife bought the joinery from Mr. Weber and founded OST-Fenster S.àr.l.. After acquiring a plot of land in the Potaschberg industrial estate, which was still new at the time, construction began on a new production hall with office buildings totalling 3000 m².

At the beginning of 1991, the completed building was occupied by 16 employees at that time.

From mid-1997 onwards, the company set up its own sales department, which has been permanently expanded since then in order to constantly improve customer advice.

In 1999, OST celebrated its first internet appearance, at that time under the domain www.ost-fenster.lu.

In 2002 and 2003, investments were made in state-of-the-art plant and machinery: production was upgraded to ONLINE control.

In 2003, OST was the first craft company and the second Luxembourg company ever to be awarded the official e-commerce certificate.

Two years later: Opening of our new showroom in the form of a large conservatory at our headquarters in Grevenmacher.

In July 2010, OST became the first foreign company to join the FLG. FLG is a window performance company that unites 19 of the most renowned German window manufacturers. In the same year, the neighbouring hall was acquired for expansion.

After extensive renovation and furnishing measures – came the move of our service department as well as accounting and billing departments to the new building, our Manufacture II. Our photovoltaic project started in autumn 2011: a nominal output of 250 kW peak was installed on the hall roofs.

In 2012, in addition to new software and new tools, OST invested in a highly automated production line: Working Process Logos Team – a machine with maximum precision and flexibility.

One year later, the construction of our connecting hall between “Manufacture I” and “Manufacture II” started. This connection allows to ensure a better production flow, up to the packaging and loading of the finished goods.

In 2017, we invested in a new modern painting line. A high-tech, fully automatic painting system for windows and doors. The two spraying robots and the electronic system for shape detection make it possible to paint each type of door and window with its own paint specifications in the highest quality.

Preserving the good
integrating the new

However, our commitment to craftsmanship in no way means that we completely dispense with modern manufacturing technology. Because only the most modern technology gives us the highest possible flexibility in the realisation of individual ideas and wishes of builders or architects. The efficient machinery facilitates our work and ensures consistently high quality. The interplay of craftsmanship and innovative technology makes our products exceptional - visible and noticeable for many, many years. 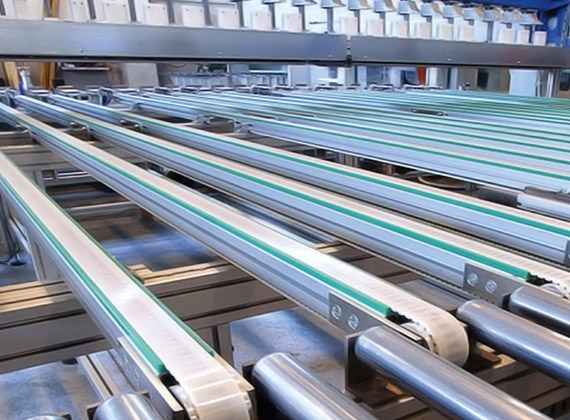 True specialists
and the finishing touch

It’s not just the smell of wood in our workshops that reminds us of the carpentry of yesteryear. It is also the people here who, with great craftsmanship, take this natural raw material from its unprocessed form and give it a new functional purpose. There are no assembly lines – but there are many small individual workshops that are assigned to a specialist. All production stages, whether cutting to size, planing, milling, sanding or lacquering are carried out extremely carefully and with a great deal of patience – literally to the final touch.

It would be too little for us to simply deliver good products. That’s why we take the decisive step earlier: with individual consultation – starting with the planning phase. Our goal: to fulfil the ideas and requirements of architects and clients in such a way that idea and implementation become a perfect harmonious unit. Of course, a wide range of criteria must be met. We pay attention to the best possible quality already in the selection of materials and components, implement energy specifications, and take into account sound insulation and burglar resistance.

In short: we think ahead together – right up to the custom-fit installation on your premises.

This Pop-up Is Included in the Theme